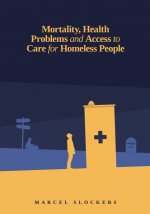 Mortality, Health Problems and Access to Care for Homeless People

Research questions:
1. What is the health status of homeless people in Rotterdam, measured in terms of mortality rates and health problems as presented at the street doctor’s consultancy hours?
2. What have been the impacts of recent policy measures, i.e.the Action Plan for Social Support (2006-2010) and changes in health insurance policy (2015) on the health of homeless people and accessibility of care, respectively.

Introduction
1. What is homelessness and how often does it occur?
According to the definition of the Dutch Central Bureau of Statistics (CBS), homeless people are people without a fixed, regular residence. Rough sleepers sleep outside, in covered public spaces such as doorways, bike parking facilities, stations or shopping malls or in a small boat or in a car. They also sleep at the night shelter of welfare organisations or in one-day emergency accommodation. Homeless people can also stay temporarily with other households such as friends or family members. Homeless people who can sleep at other people’s houses but who can’t officially register at those addresses are called couch surfers. As periods of rough sleeping and couch surfing often alternate, both groups together are called homeless people.

Homeless people are a vulnerable group in society as a result of an accumulation of problems. Besides lacking adequate stable housing, most homeless people have no job or income and troubled relationships with family, former partners and children.2 There is often a history of detention from early youth on.3 Homeless people often suffer from physical or mental health problems such as addiction or intellectual disability. 3,4,5 They often fail to see they are in need of healthcare. There are different requests for help and often there is care avoidance.6 The coping behaviour of homeless people, the ability to adequately deal with problems, is often severely disturbed. Asking for help or support seems almost impossible.7 Internationally, an estimated 400,000 people in Europe are homeless and more than 600,000 in the United States. It is commonly accepted that the non-western world probably has the majority of homeless people, but there is a lack of reliable data.

Between 2009 and 2012, the estimated number of homeless people in the Netherlands between 18 and 65 increased by almost ten thousand people. In the subsequent years, homeless people increased by twelve thousand people. As a result, there was a large increase in the number of homeless people aged 18 to 65 from almost 18,000 in 2009 to around 39,000 in 2018. Also relatively seen, the years from 2009 to 2018 showed more than a double in the number of homeless people, with an increase of 17 to 37 per 10,000 inhabitants aged 18 to 65. The biggest rise in homelessness, a threefold increase, was found in people younger than 30 years and in people with a non-western migration background.1 According to a report of the Rotterdam Ombudsman, 3,034 adults older than 23 and 999 younger people registered for homeless shelter.8 1,015 Adults were given a pass which gave access to shelter accommodation. Rotterdam has 37 places for young people in emergency accommodation, with an average waiting time of 45 days. Many of the young people have short episodes of homelessness and are couch surfers out of necessity. The Rotterdam Ombudsman blames the lack of shelter capacity.