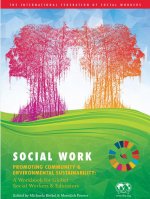 For the most part, the hard science of climate change and many other phenomena of global environmental change more broadly, is settled.
There is overwhelming evidence and agreement among scientists regarding the anthropogenic drivers, facets, and impacts of environmental change. This is due to the most comprehensive, rigorous, and fulminant peer-reviewed scientific assessment ever undertaken in history, which has led to numerous reports of the Intergovernmental Panel on Climate Change (IPCC), the Millennium Ecosystem Assessment, the Stern Review, or the publications surrounding the Sustainable Development Goals (SDGs). While anthropogenic environmental change is characterized by a high level of complexity, ambiguity and uncertainty, it is absolutely certain that these changes are underway, are increasing and expanding rapidly, and come with dramatic and often apocalyptic consequences for humans, non-human animals, ecosystems and planetary systems alike. With so much data, evidence and knowledge at hand it should be possible to embark on swift and bold action: to inform, design and implement far-reaching and effective policies, laws and regulations, radically change business incentives and market mechanisms, and bring about significant and lasting social change. And yet, many of the state and non-state actors that could effectively do something about it - Western liberal democracies, the OECD world (aka major carbon emitters) and transnational corporations, are faced with a global crisis of reason, truth, and values - even the most basic ones. Similar to the Tragedy of the Commons, the information age seems to come with record levels of misinformation, disinformation and fake news,  all eroding the public trust in science, the media, and government and thus threatening some of the very principles of our societies, and the social contract.

This is the hour of enlightened social action for change, of resistance, of a powerful social movement everywhere, of loudly speaking truth to power, arrogance and ignorance. It is in this time of crisis, chaos and denial in which the science and profession of social work can step up to play a critically important role worldwide. Social workers are uniquely skilled and placed to unite where division reigns, to heal where trauma spreads, to assert where doubts prevent action, to give hope where resignation wins, and to ignite social movements and catalyze action for change. It is encouraging to see the rapidly growing numbers of social workers who place the true notion of the personin-environment paradigm at the center of their scientific and professional interest and give priority to the green, ecological and environmental dimensions of social work. A new generation of students, teachers, and practitioners of social work understand that human wellbeing, human, social and economic development, social justice and human rights are inextricably linked with the wellbeing and functioning of our natural environment, of ecosystems, planetary systems such as climate, water and biodiversity, and the wellbeing and capabilities of non-human animals.

The International Federation of Social Workers (IFSW) is to be praised for being an inspiring leader in this field and for supporting, publishing and promoting the formidable workbook series Social Work -promoting Community and Environmental Sustainability by editors Meredith Powers and Michaela Rinkel. The third volume of the series focuses on the role and potential of the UN SDGs and the concept of Degrowth. The international community is fortunate to have and be able to refer to the SDG agenda as a comprehensive, robust framework to inform about the most pressing socio-ecological challenges in today’s world, to guide meaningful collective action by identifying key goals and targets, and, perhaps most importantly, to provide a reliable system of metrics, benchmarks and indicators through which action against the goals can be measured and assessed worldwide. The SDGs, though the result of intergovernmental negotiations, were built on a solid foundation of grassroots level and participatory surveying, observations, and consultations, including many non-governmental and community actors as well as the global scientific community. It may not be the best of all possible agendas for a global approach to socio-ecological change, but the SDGs are the best one we currently have. Similarly, the concept of Degrowth, while it may still show academic limitations, is rapidly experiencing refinement through peer reviewed research and practice and is an important and powerful agenda for thinking differently and enacting change. Not only at the microeconomic and political economy levels, but, perhaps most importantly, to help overcome and transform the prevailing popular myth that human wellbeing and development and economic growth are inextricably linked.

By connecting the Sustainable Development Goals with Degrowth, and by linking both to the contemporary agenda of the international profession of social work, the editors provide for a significant and much needed contribution to the profession. Uniting behind the science, encouraging and empowering people to take action, spreading hope, daring to do the impossible… who can do that if not social workers?