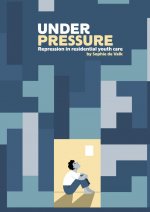 In the Netherlands, residential youth care has changed rigorously since World War II. In a strongly socio-religious compartmentalized society in the ‘50s and ‘60s, children who could not live at home (mainly because their parents were viewed as ‘antisocial’) were placed in so-called children’s homes governed by their own societal grouping. Children’s homes were characterized as repressive, authoritarian, and intolerant for deviant behavior. This was despite earlier efforts of Aichhorn (1925) and Korczak (1929) to stop suppressing children and to increase awareness of the children’s perspective and individual needs. Rehabilitation only compromised discipline (Dekker et al., 2012) and children’s services were accused of repressing the child and paying no attention to underlying societal causes of their problem behavior. Interviews with ex-clients of these children’s homes report memories of no privacy, strict routines, discipline, punishments and rules (Dekker et al., 2012). As a consequence of increased emancipation and an aversion to disciplinary measures, the call on child protection services decreased in the late sixties. Also, the intervention by the judge and child protection was often abandoned due to new ideas in pedagogy and developmental psychology about attachment (Bowlby, 1958) and children’s loyalty towards their parents (Boszormenyi-Nagy & Spark, 1973). If an intervention was truly necessary, it should be voluntary and without breaking the relationship between child and parent(s). These developments were stimulated by the anti-psychiatry movement in the 60’s, when intellectuals as Goffman (1961) and Foucault (1977) described traditional psychiatric asylums as paternalistic, hierarchic, and dominated by the medical model. Institutions had to develop themselves and started to differentiate and deinstitutionalize. The number of children in residential institutions decreased and smaller institutions with more attention for a ‘home-like’ atmosphere started to arise. Whenever possible, ambulatory forms of youth care were preferred.